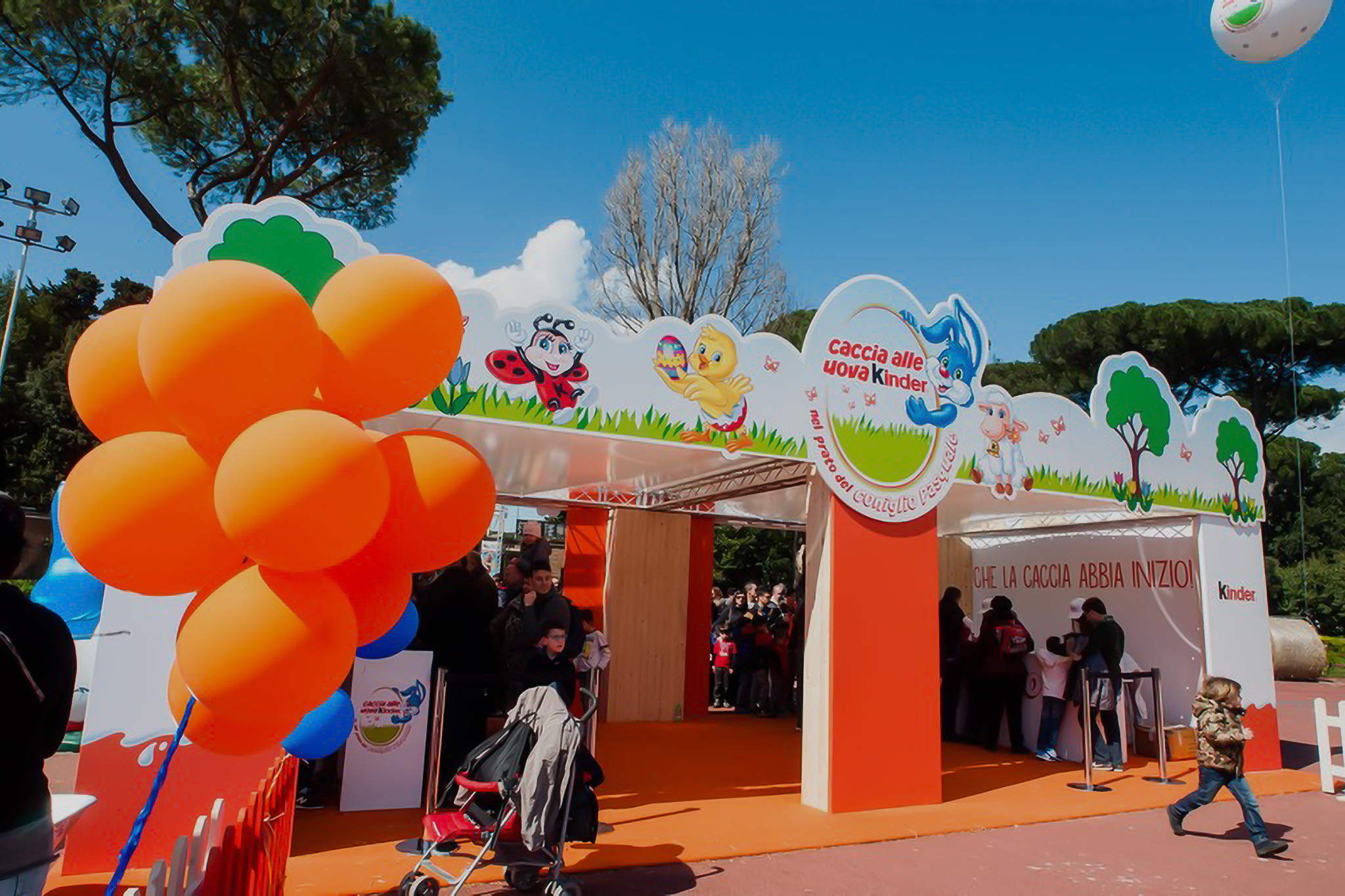 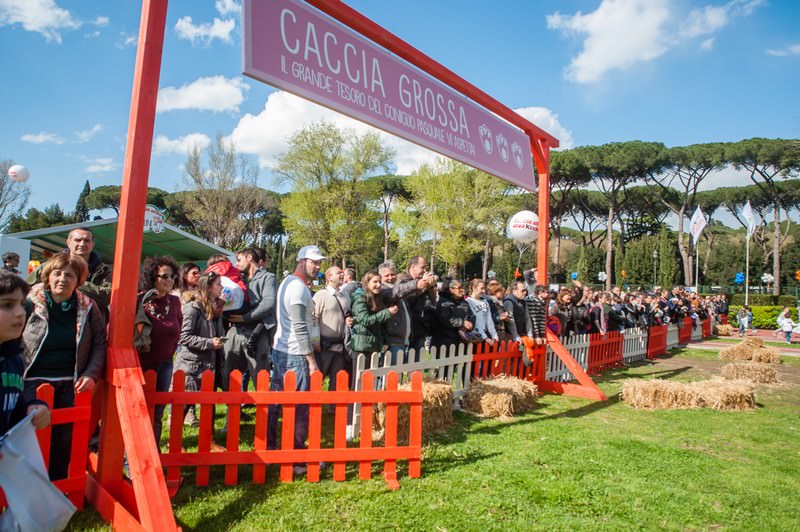 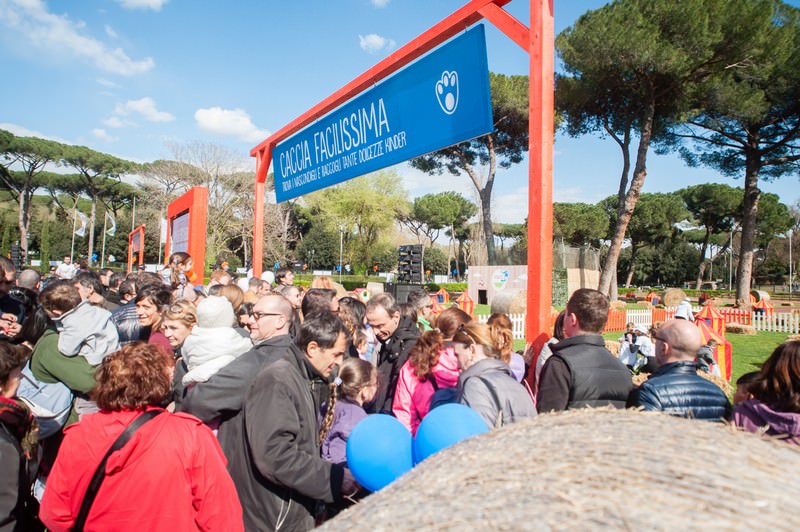 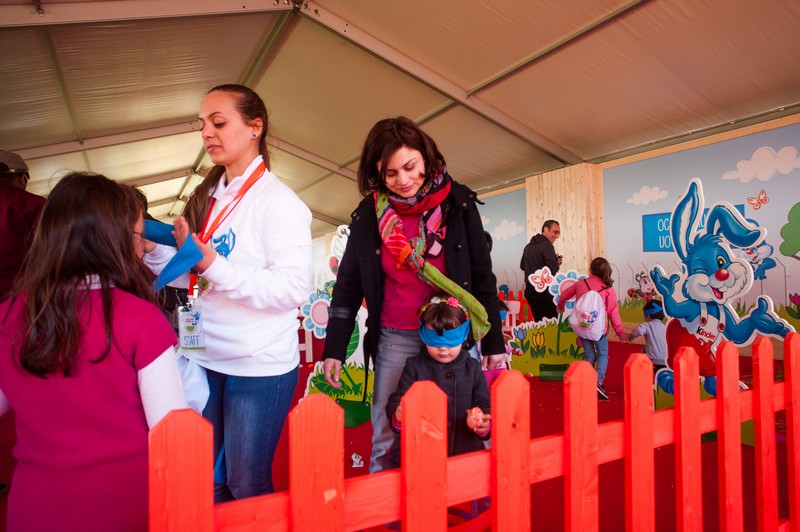 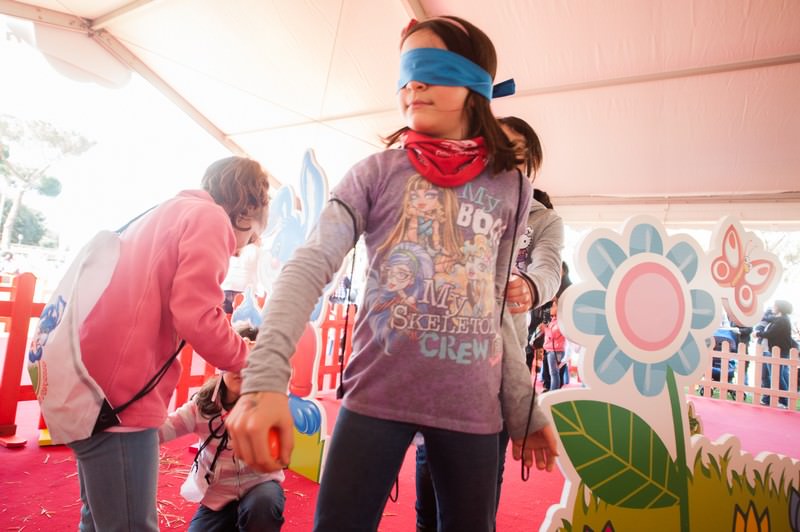 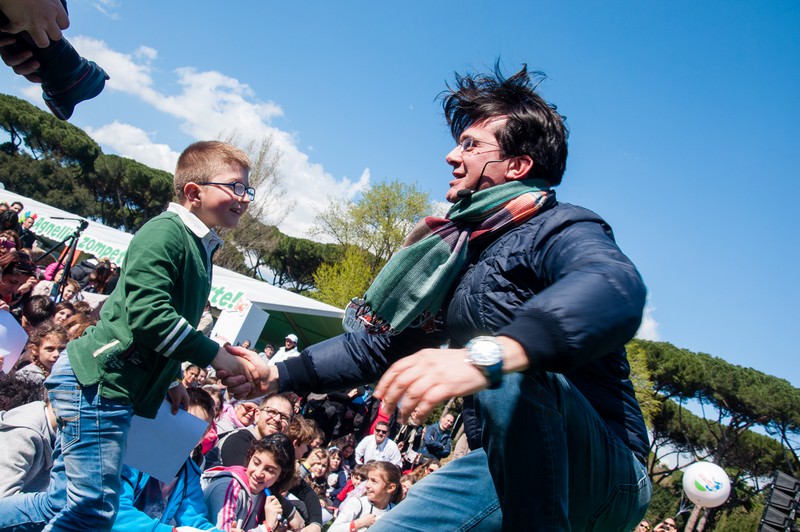 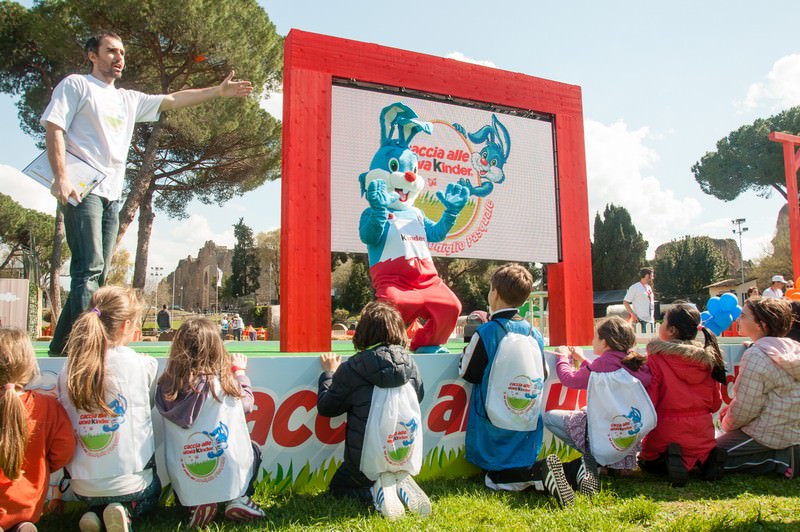 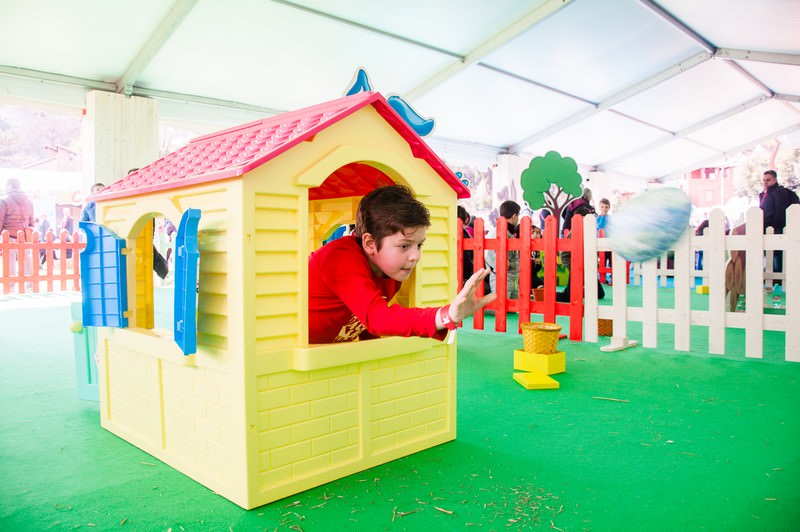 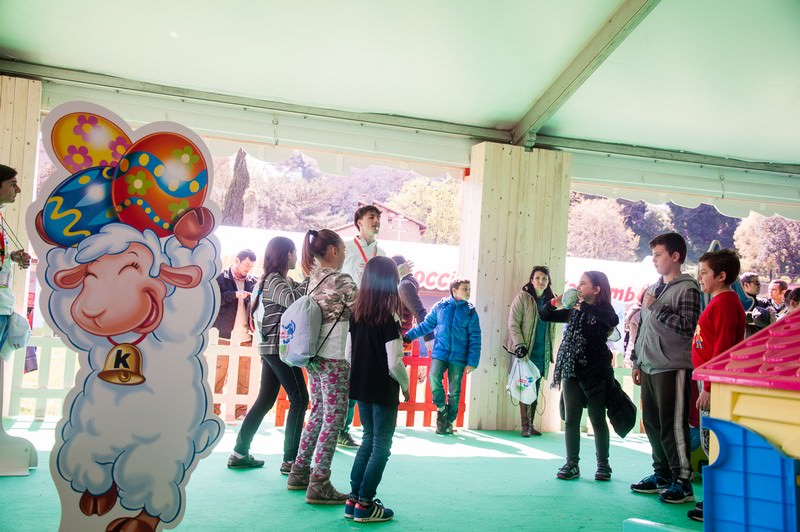 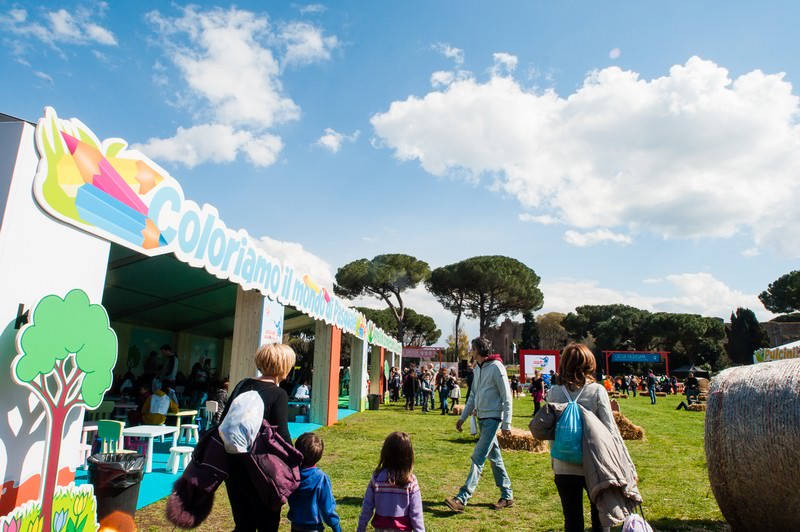 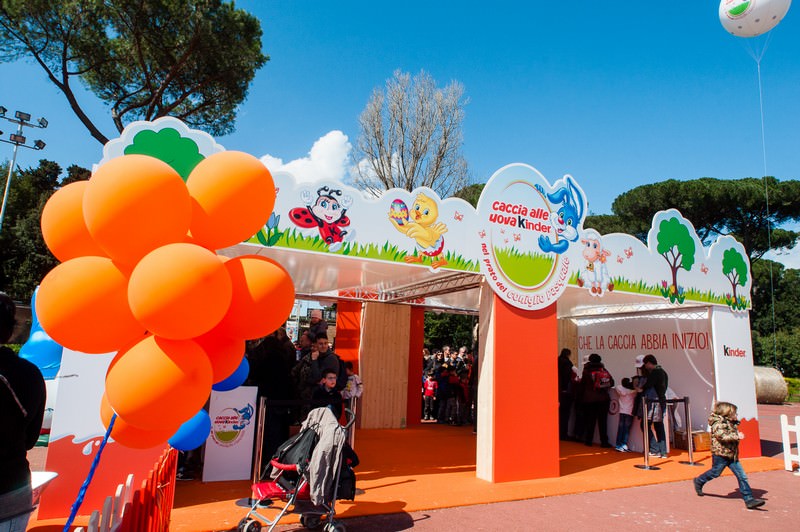 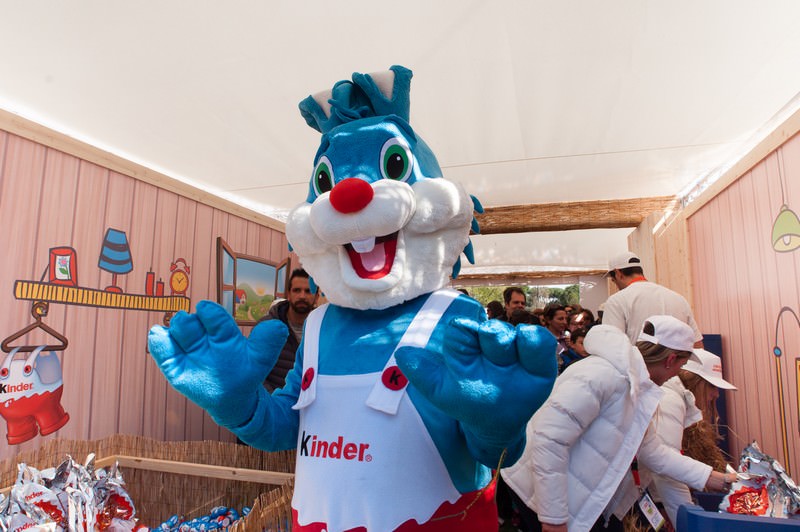 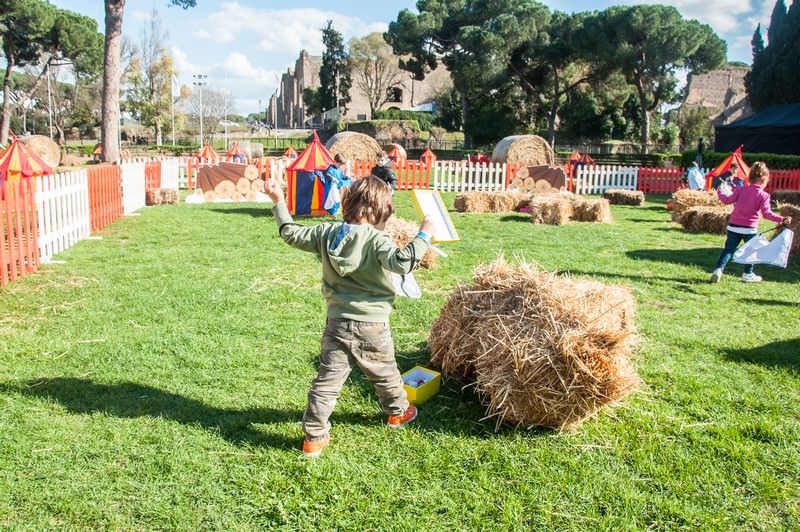 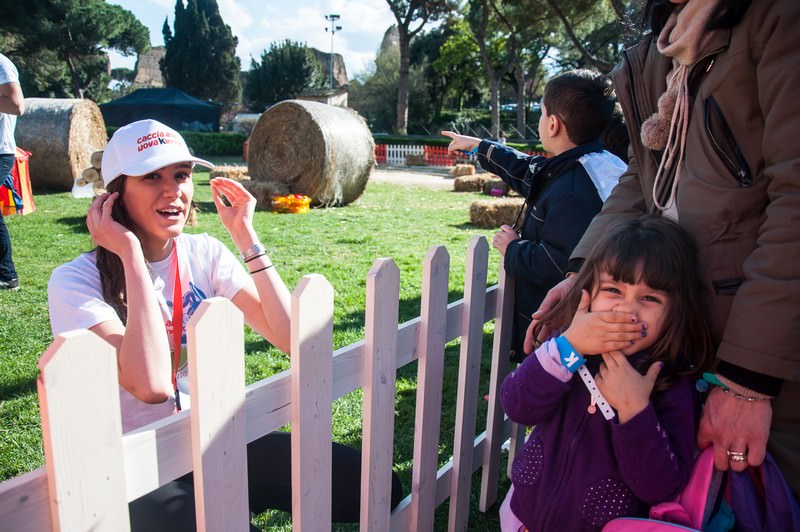 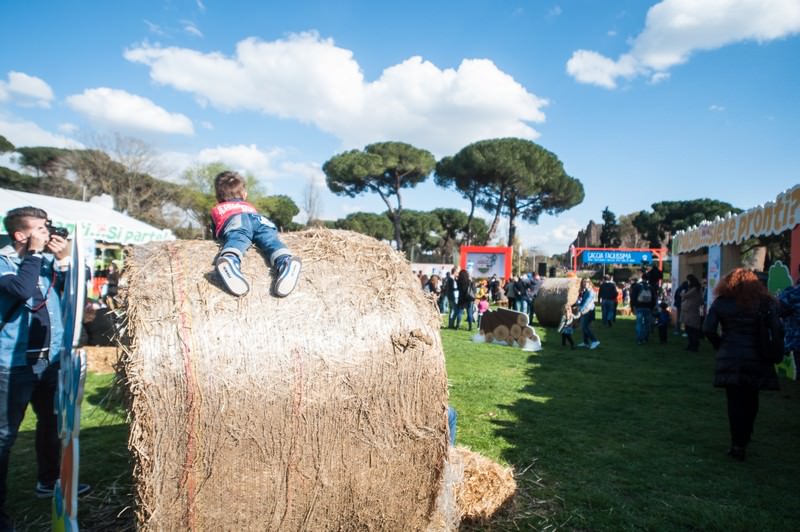 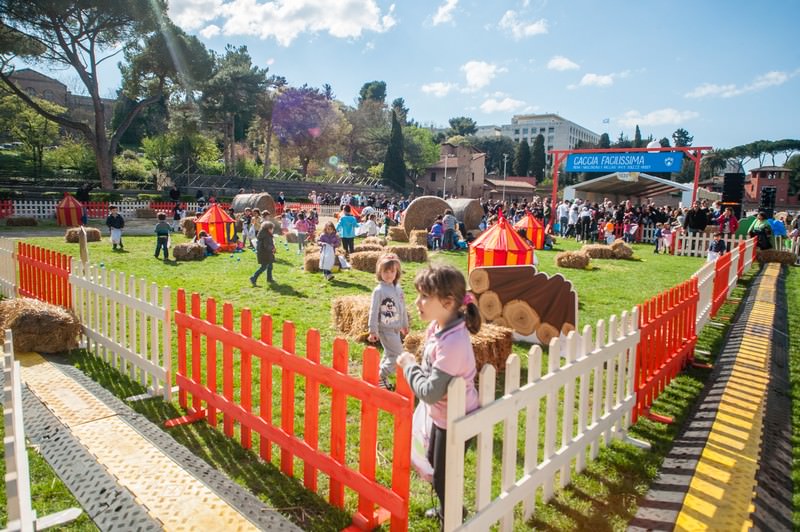 EASTER EGG HUNT KINDER The aim was to make "the easter egg hunt" an Italian tradition and identify this activity with Kinder. Ferrero chose Gruppo Peroni Eventi for the organisation of the Kinder Easter Egg Hunt. In fact, the agency signed the success of the first edition of the Kinder Easter Egg Hunt, an Anglo-Saxon format that Eventually transformed into a big Family Day. Gruppo Proni Eventi won the competition announced by Ferrero to develop the concept and the organisation of the first Italian egg hunt, obviously endorsed by Kinder. By popular demand, the event at the Stadio Delle Terme di Caracalla in Rome takes place over two days, not just one in the year before: Easter and Easter Monday together with the Easter Bunny. Around 4000 people participated in the two-day event. More than 2000 children took part in the activities of the Easter Egg Hunt: the Big Hunt for children over six years old, or the Easy Hunt for the younger children, accompanied by their parents. A format that allowed all children from 0-12 to play together with their families: it was sufficient to register at the entrance, and then, adults and children could have fun together. A special guest during those two days was Giovanni Muciaccia, who offered to all the guests present two special and Easter themed “Art Attacks”. A staff of more than 60 people, entertainers, stewards, and hostesses, welcomed the little ones in the various play areas that were divided into three levels of difficulty, Chickens, Ladybugs, and Lambs, in addition to a neutral zone, “Colour your Eggs”, for the youngest of the little guests. A lawn with marquees spread over an 800 square metre area, 800 hay bales, and more than 100 metres of coloured fences to separate the various areas. The set up was realised with the children in mind, to welcome them and make them feel at home, surrounded by nature and colours. A partner of the event was Acqua Egeria that offered the water supply for both days.