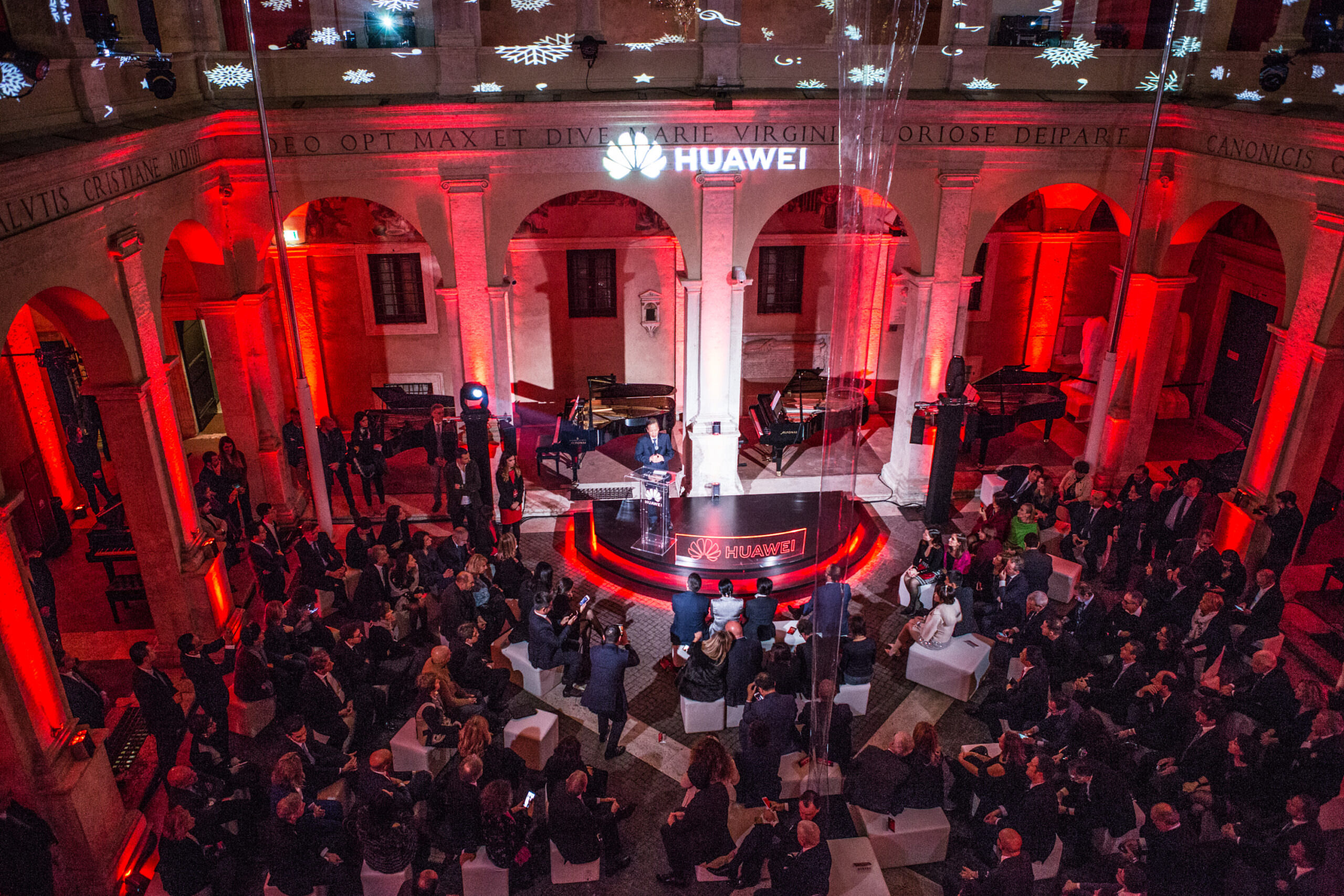 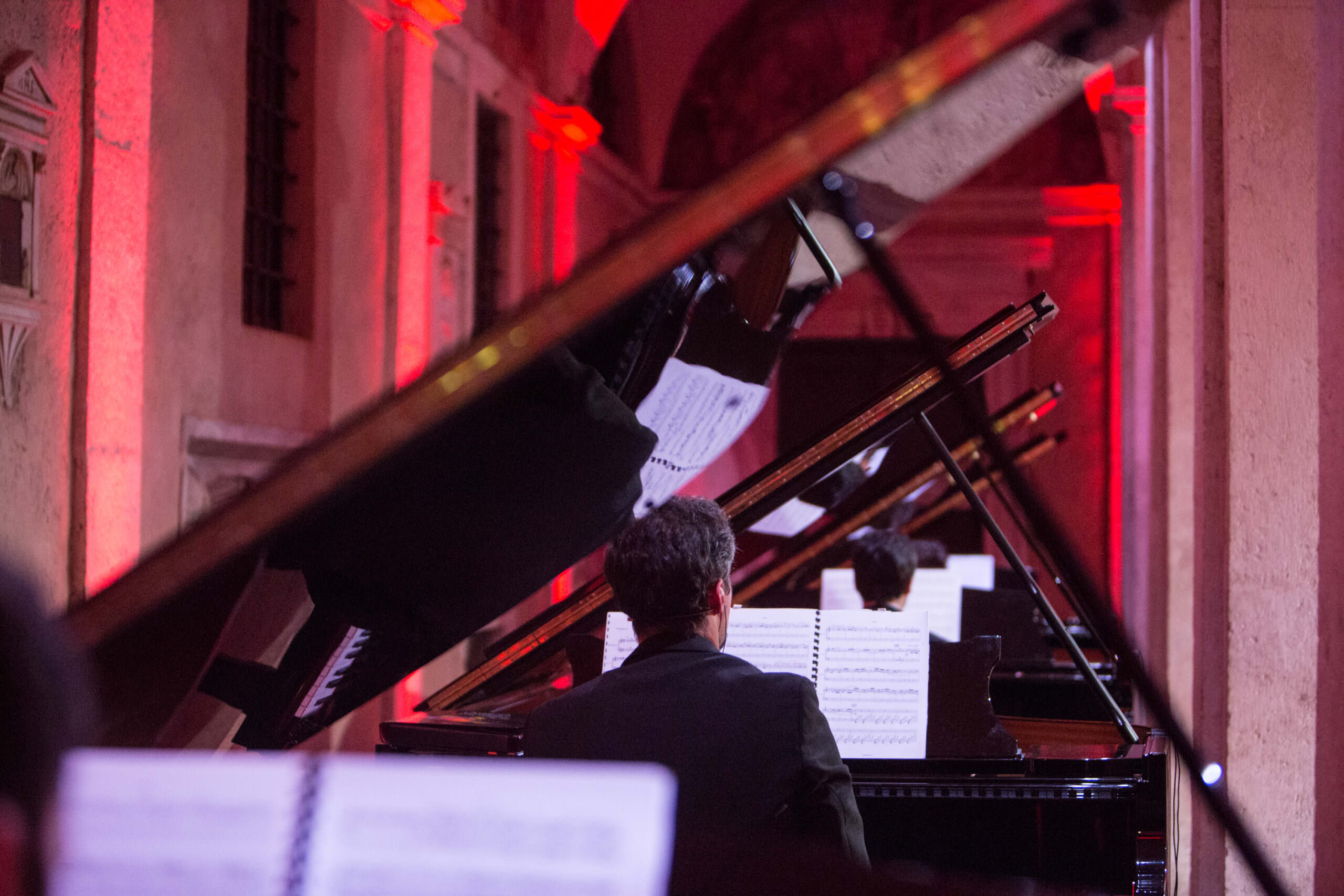 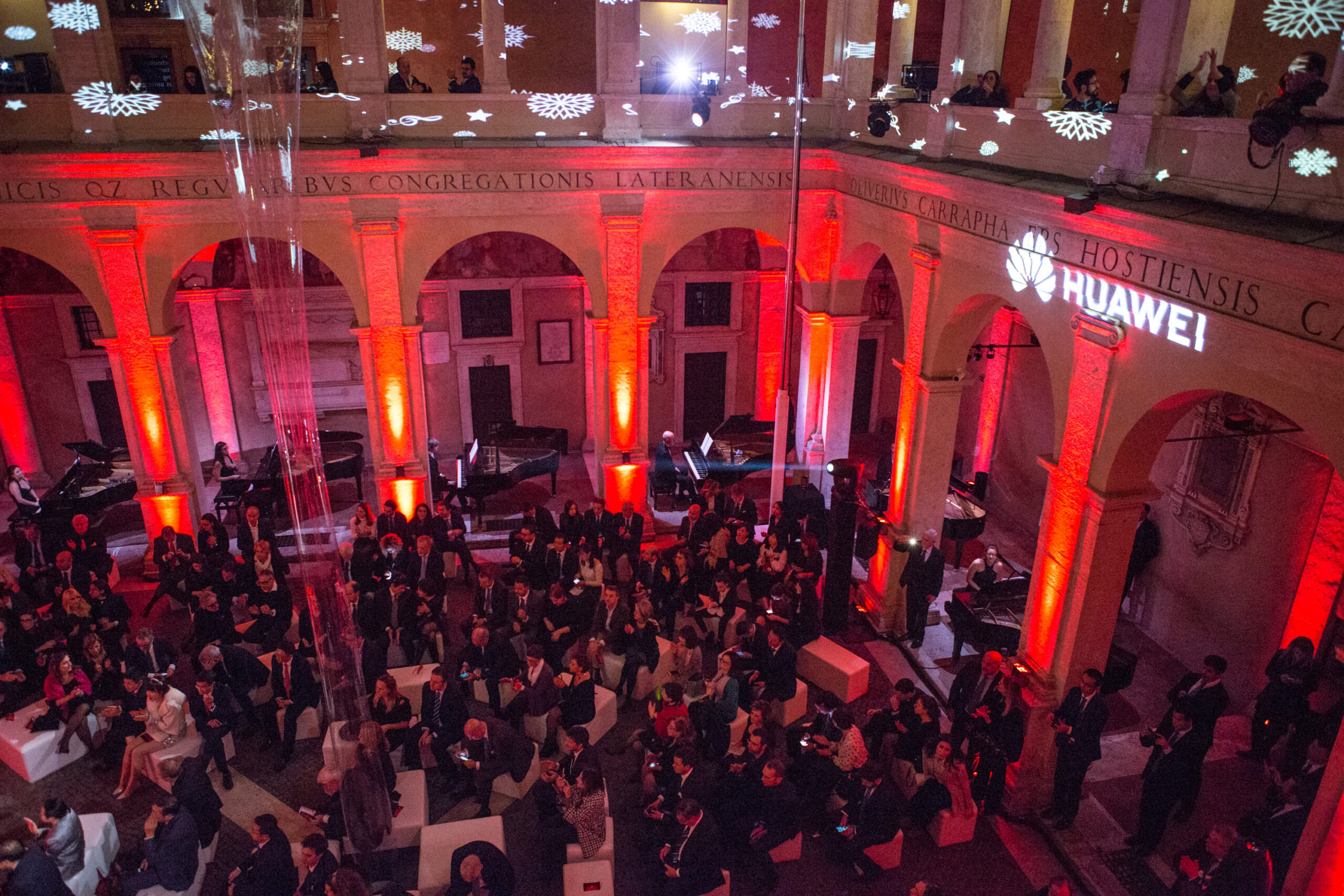 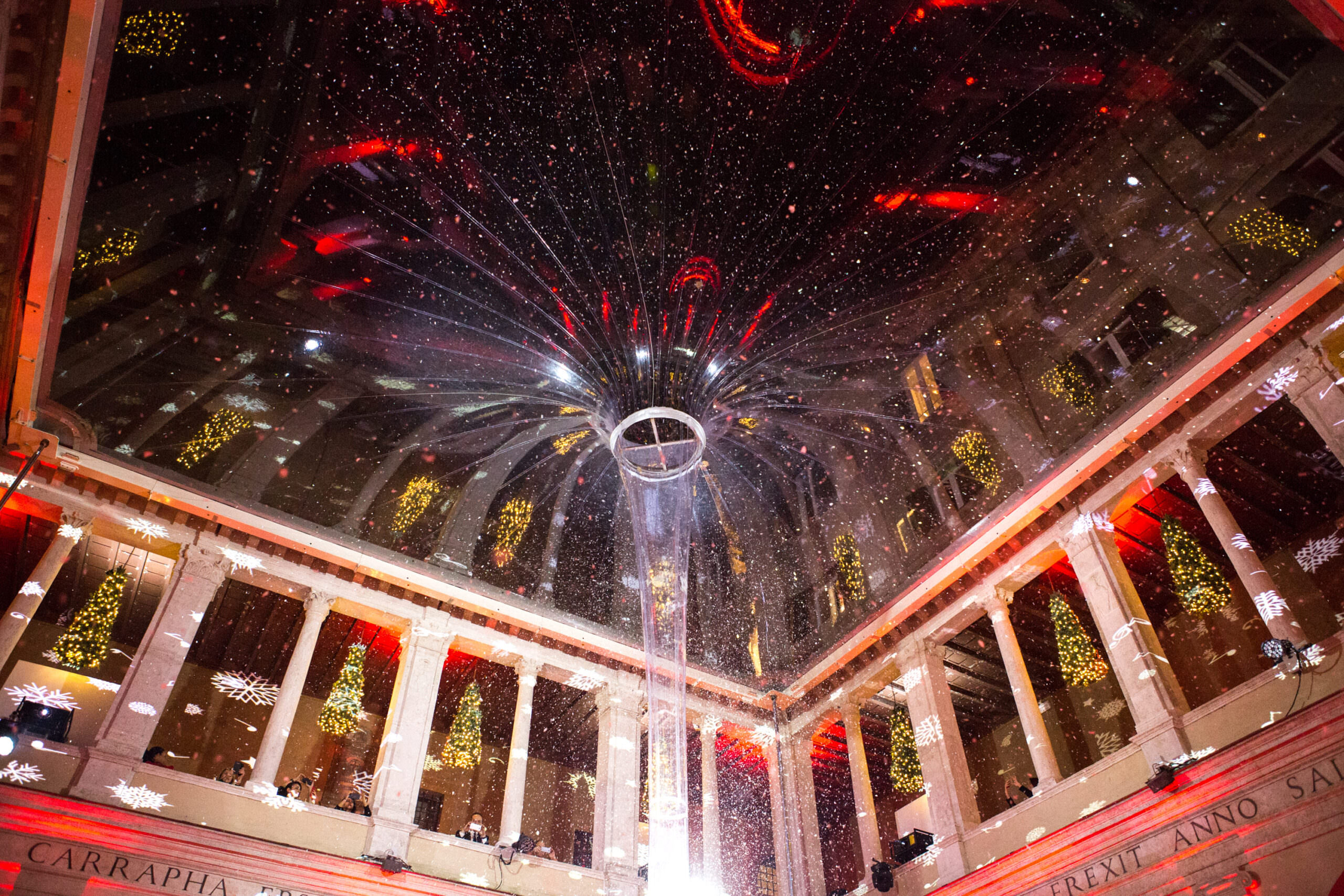 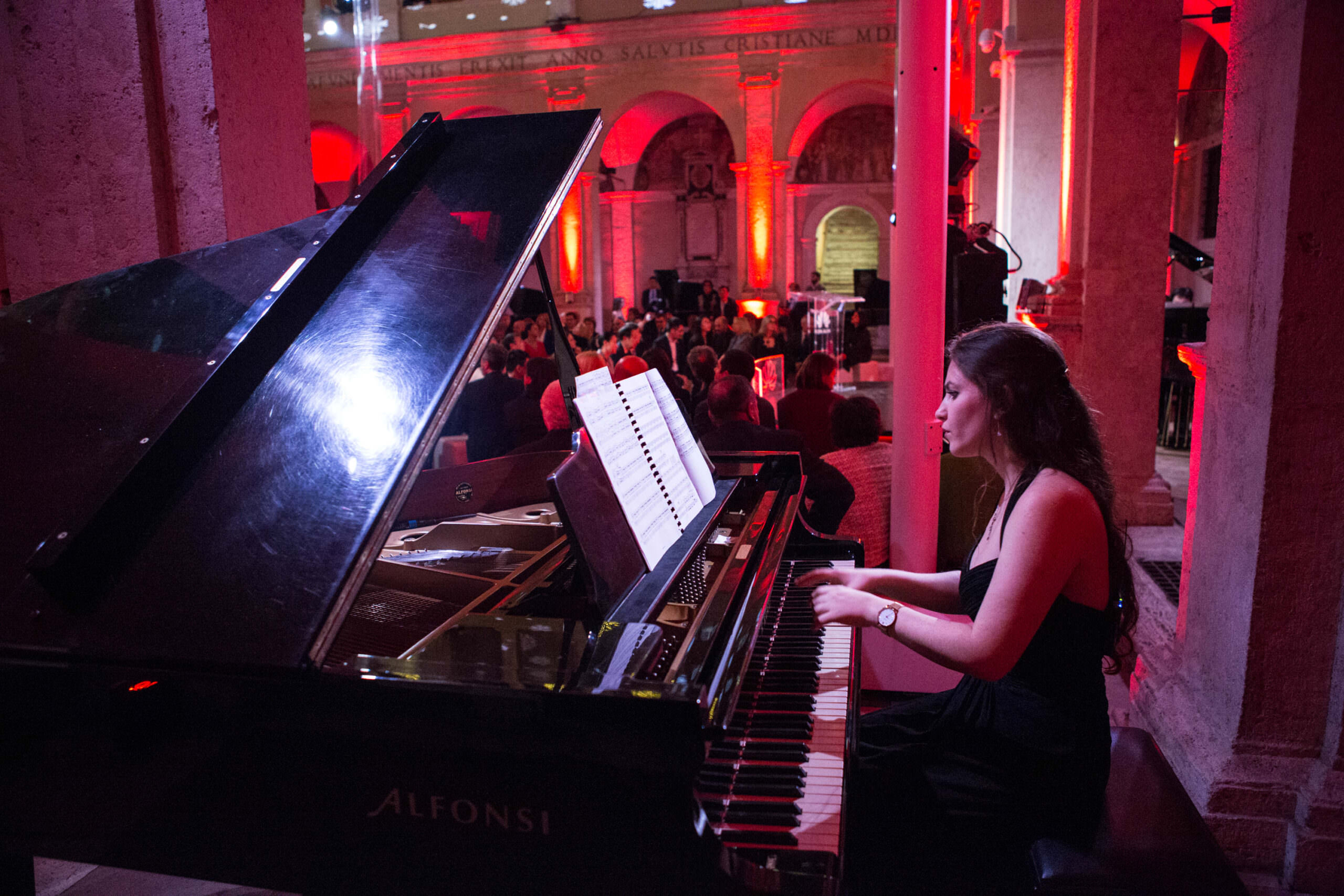 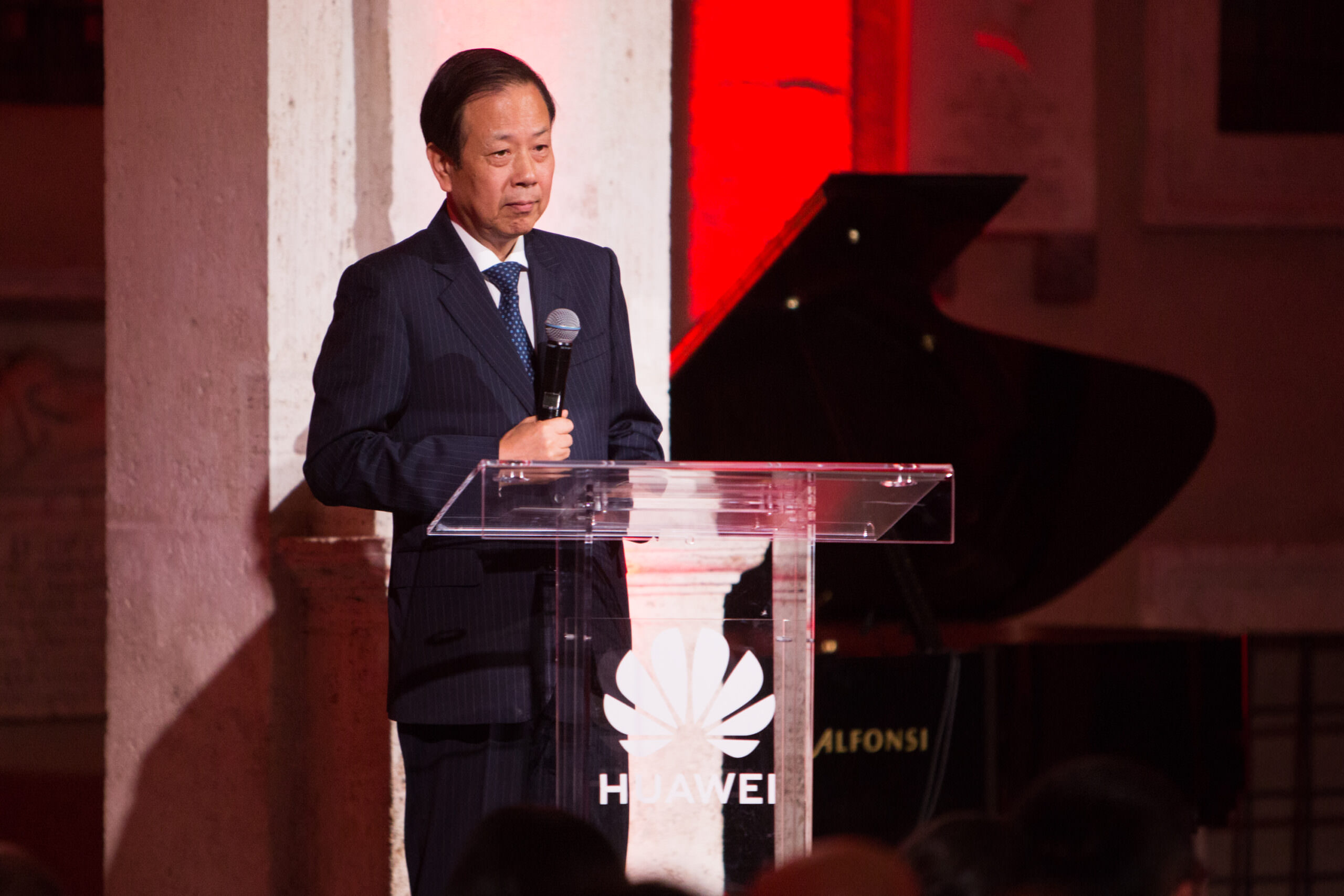 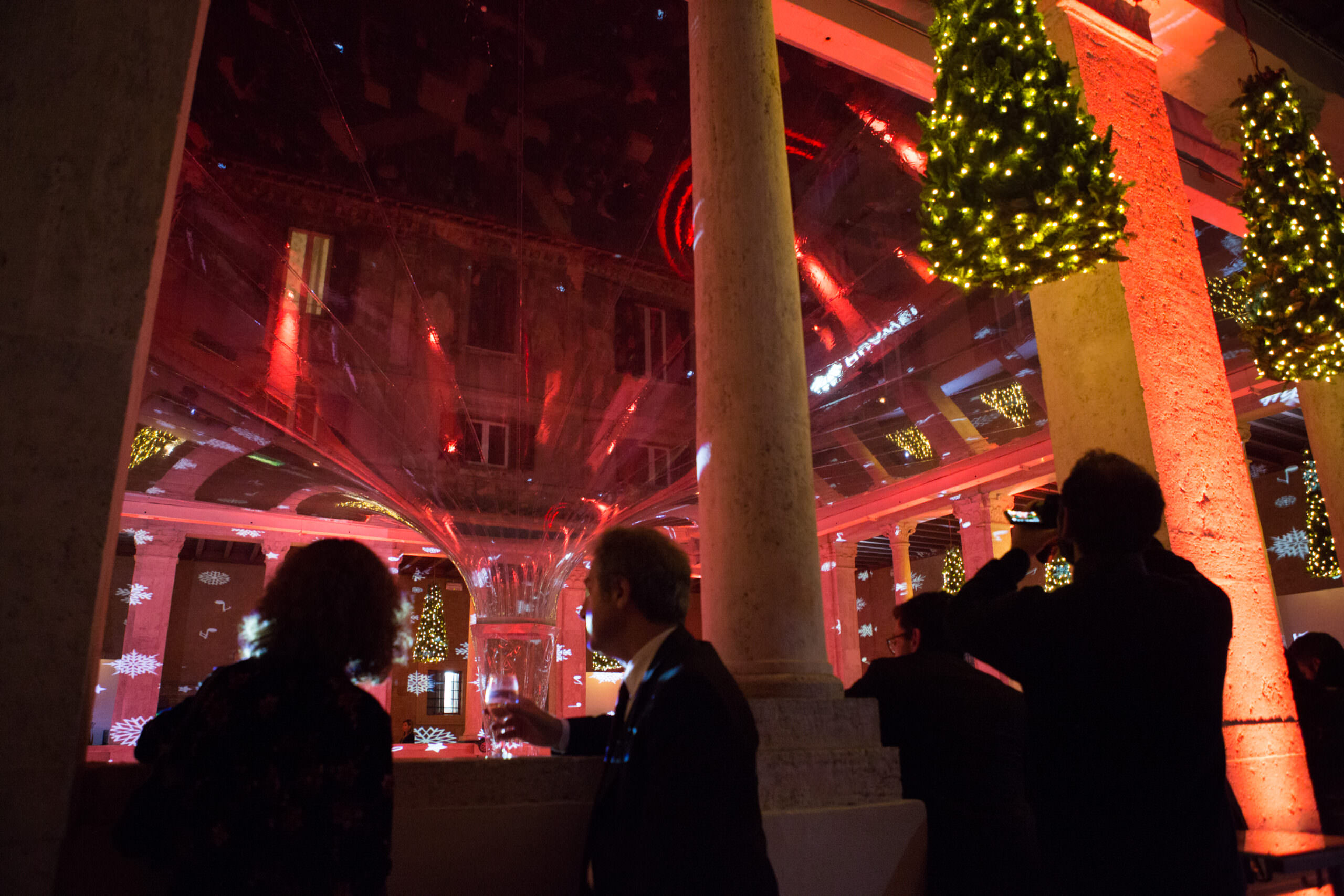 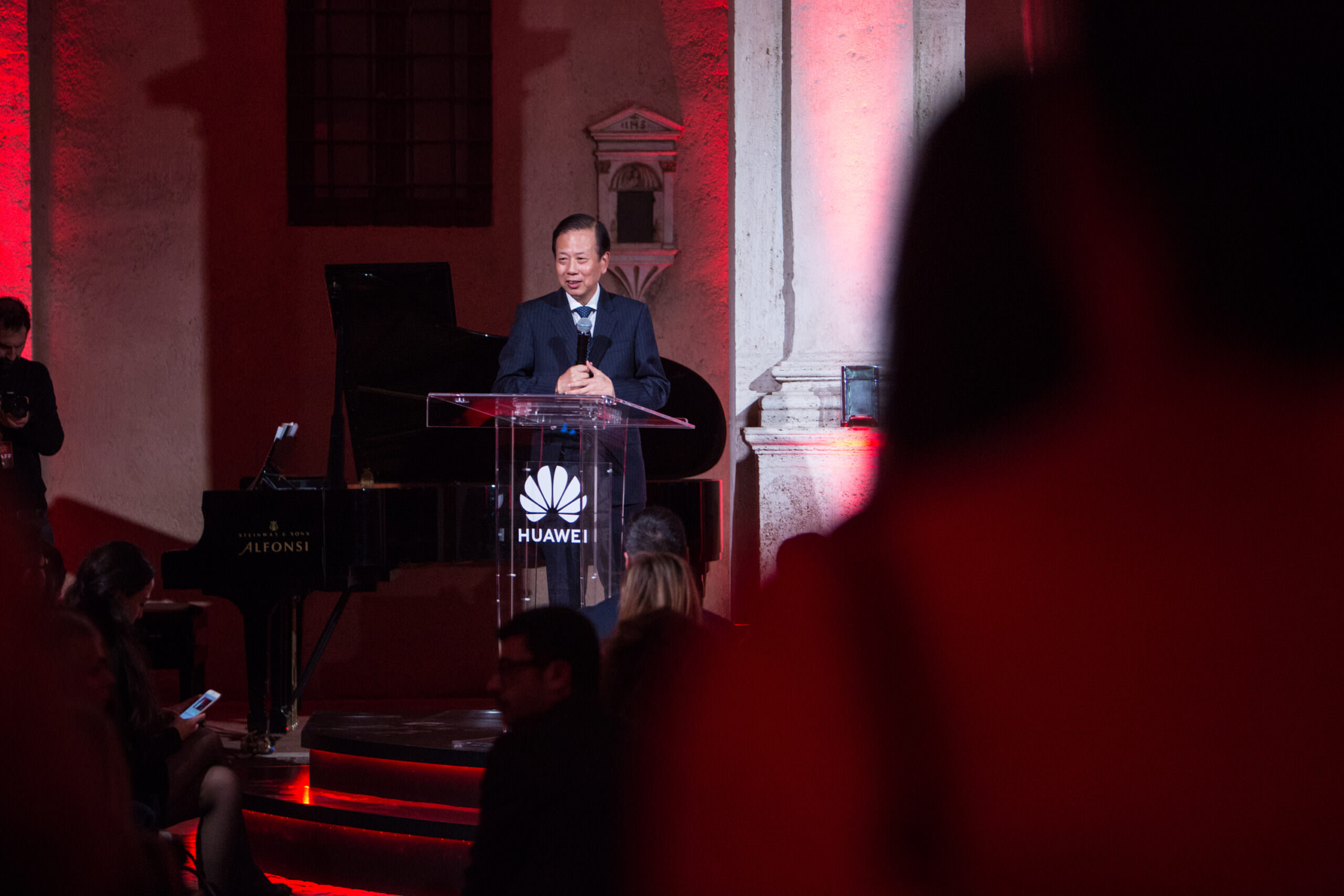 For the third time in a row, Gruppo Peroni Eventi is responsible for planning and producing the Huawei Christmas Concert. The 2018 concert was a special edition to celebrate the 15-year presence of Huawei in Italy, in the presence of its biggest clients, institutions and directors.

The event took place at Chiostro del Bramante in Rome, a historical location that was transformed into a unique stage where the guests, positioned in the courtyard, had a unique musical experience from the 15 pianos placed inside the loggia.

The concert started after a cocktail party and a dinner on the second floor, introduced by CEO Thomas Mia and toasts from Lorenzo Fiaramonti, Vice-president at the Ministerio dell’ Istruzione, dell’università e Ricerca; the Chinese Ambassador S.E. Li Ruiyu and the mayor of Rome, Virginia Raggi.

It was then the turn of “Piano Twelve”, for this occasion in 15, one for every year that Huawei has been present on the Italian market. A unique ensemble with a double program, half classical and half modern, changed fluidly from Baroque to Pop and Rock. The concert included traditional songs, famous pop songs, and the soundtrack from the most beloved films.

The performance was enriched by design and set up of the location: the Chiostro drawn by Bramante was set up with an architectural illumination and video mapping that transformed the location song to song. The musical performance then took the guests to the grand finale: thanks to a dramatic effect borrowed from the cinema, the evening finished with snowfall and the notes from Happy Christmas by John Lennon.

With the help of Marco Abbiati, the team of Gruppo Peroni Eventi took care of all aspects of the evening, from the planning to the production, from communicating with the institutions and the management to the logistics.